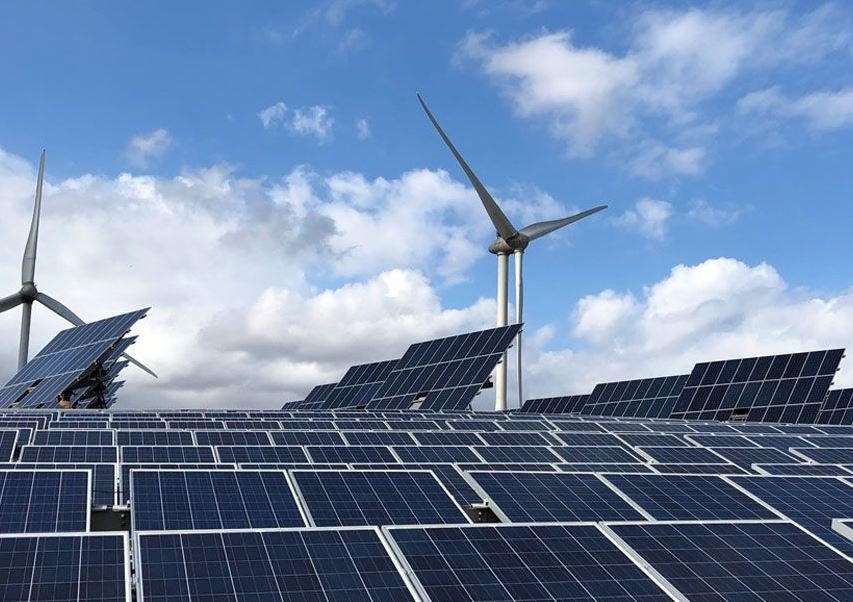 The Morrison Government’s continuing support of fossil fuels has been labelled “reckless” as new figures provided by the Climate Council show that renewable energy generation in the National Electricity Market rose to record highs in the first half of 2021.

Renewables delivered more than 28% of energy in the NEM in the first half of 2021.

Data provided by the Climate Council reveals that energy generated by renewables including wind and solar PV increased by almost 20% in the National Energy Market (NEM) in the first half of 2021.

Renewable energy generation in the NEM climbed to 28.8% overall in the first six months of the year, with Tasmania leading the way with 99.6% of its energy needs delivered by renewables.

South Australia had 62.8% of its electricity provided by renewable energy generators while renewables accounted for 28.7% of Victoria’s electricity needs and New South Wales’ green energy intake increased by 35% to 22.8%. Renewables provided 16.8% of Queensland electricity.

Western Australia, which is not part of the NEM, also enjoyed a significant increase in renewable energy generation in the South-West Interconnected System (SWIS), up 41% to 30.1%.

Of the NEM’s 33 large-scale gas power stations, the Climate Council said 29 of them operated at less than 20% of their capacity during the past 12 months and 13 operated less than 5% of the time.

Bourne said the figures made a mockery of the Morrison Government’s continued support for gas, including the recently announced plans to develop a 660 MW open-cycle gas power station with diesel back-up near Kurri Kurri in NSW.

“Gas will play an ever-decreasing role in the new energy economy,” he said.

“Should the federal government force gas into the market by underwriting the risks, it is likely to drive up household power prices and prices for our manufacturing.

“Every taxpayer dollar spent on new gas-fired power infrastructure is at risk of being wasted on unnecessary stranded assets.”

Bourne said the International Energy Agency (IEA) had made it clear that in order to meet net zero emissions by 2050 globally, no new fossil fuels reserves can be developed.

“The government needs to acknowledge this advice and acknowledge the fact that the NSW Kurri Kurri gas power station is not required in our future energy mix,” he said.

The Climate Council’s criticism of the government’s approach coincides with the release of a report by BloombergNEF and Bloomberg Philanthropies which reveals Australia’s level of support for fossil fuel companies increased by 48% between 2015 and 2019, more than any other country in the G20.

Authors of the Climate Policy Factbook say the bulk of that support has gone to oil and gas consumers in the form of capex tax deductions for mining and petroleum operations, fuel tax credits, reduced fuel excise rates and offset schemes.

The report indicates Australia spent US$38 billion in supporting the oil and gas sector between 2015 and 2019, foregoing some US$6 billion in taxes.

Australia’s spend is part of a combined ~US$3.3 trillion spent by the G20 countries supporting the fossil fuel sector.

BloombergNEF said the level of fossil fuel support from the world’s 20 biggest economies will make it impossible to achieve the Paris Agreement targets and limit global warming to well below 2C on pre-industrial levels by 2050.

Antha Williams, the environment lead at Bloomberg Philanthropies, said the backing for coal, oil and gas is “​​reckless” in the face of the escalating climate emergency, and urgent action is needed to phase out the support.

“As a host of climate emergencies intensify around the world, the continued development of fossil fuel infrastructure is nothing short of reckless,” she said.

“We need more than just words, we need action.”

The Bloomberg factbook highlights three areas where immediate action is needed to limit global warming to 1.5C: ending fossil fuel subsidies, putting a price on carbon emissions and making companies disclose the risks posed by climate change to their businesses.

“Given that the G20 accounts for nearly three-quarters of global emissions, progress from those governments in these three areas would mark a huge step forward toward tacking climate change,” said Victoria Cuming, head of global policy at BloombergNEF and lead author of the factbook.

“So far, they have yet to step up to the plate.”