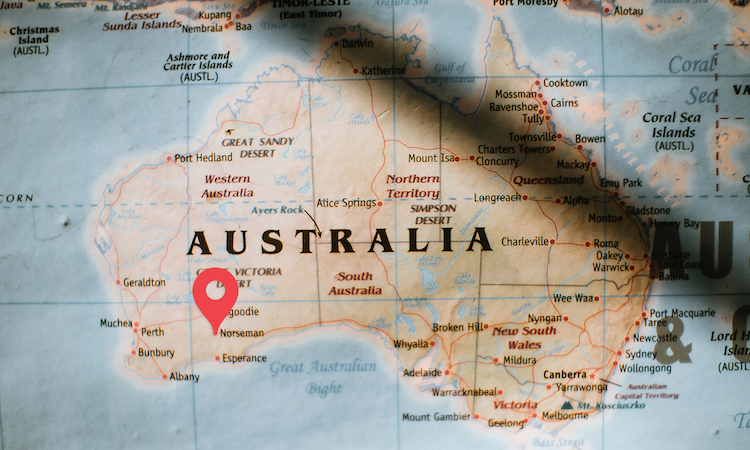 The proposed mega-project would be the world’s largest renewable hub if realised, with a massive 50 GW of solar and wind being used to produce either 3.5 million tonnes of green hydrogen or, alternatively, 20 million tonnes of green ammonia yearly. The $100 billion Western Green Energy Hub, as its called, is being proposed by two of the same companies behind the 26 GW Asia Renewable Energy Hub, which last month had its environmental approvals rejected by the federal environment minister.

CWP Global and InterContinental Energy, two of the main proponents behind the recently rebuffed Asia Renewable Energy Hub, today announced they are proposing a new, even more ambitious project in Western Australia’s Goldfields–Esperance region, in the state’s south east.

The proposed Western Green Energy Hub intends to scale to a massive 50 GW of solar and wind, the electricity from which would go towards producing millions of tonnes of either green hydrogen or its derivative, green ammonia. The project is estimated to cost up to $100 billion and would be spread across 15,000 square kilometres in the Shire of Dundas and the City of Kalgoorlie-Boulder.

Western Australia’s Minister for Hydrogen Industry, Alannah MacTiernan, put out a statement this morning saying she “welcomed the announcement” and confirmed the project’s proponents had secured a licence to collect data and to develop the project’s feasibility on the proposed site. That the application was supported by the traditional owners, the Mirning people, she added.

The proposal comes less than a month after Australia’s federal environment minister Sussan Ley rejected the environmental approvals for the 26 GW Asia Renewable Energy Hub, proposed by a consortium including CWP and InterContinental Energy. When revealed in June, Ley’s decision caused controversy and led to accusations of double standards among renewable versus fossil fuel projects.  The consortium behind Asia Renewable Hub has said it will work to amend its plans so the  project can go ahead.

Chairman of the new Western Green Energy Hub’s (WGEH) board, Brendan Hammond, described the project as “historic” both in terms of its scale and its partnership with First Nations Land Owners. According to the project group’s statement, Mirning Green Energy Limited, a wholly-owned subsidiary of the Mirning Traditional Lands Aboriginal Corporation, will have a “meaningful carried equity stake” in the project and a permanent seat on the project’s consortium board.

“As First Nations Land Owners, the Mirning People are excited to hold such an integral and defining stake in this historical partnership with WGEH,” Trevor Naley, Chairman of the Mirning Traditional Lands Aboriginal Corporation and inaugural Mirning Board Member for the project, said. “This partnership through robust governance and a seat at the table for Mirning People will provide opportunities never before available to Indigenous Corporations. This representation alongside sustainable financial and substantial social benefits will provide security for future generations.”

Where its being proposed

The project is proposed in WA’s Goldfields–Esperance region, described by the Western Green Energy Hub’s (WGEH) statement as a prime area for renewables development. “The region provides an optimal diurnal profile for renewable energy, with consistently high levels of wind and solar energy over a 24-hour period,” it said.

The consortium plans to build the project in phases, eventually scaling up to produce 3.5 million tonnes of zero-carbon green hydrogen or 20 million tonnes of green ammonia per annum to be used domestically and exported.

“Green fuels produced at the site will meet massive future demand from multiple sectors, including in co-firing in power generation, the shipping sector, heavy industry such as steel, chemicals and mining, as well as the aviation sector,” the statement added.

The consortium estimates green hydrogen sector will become a US$2.5 trillion (AU$3.4 trillion) market by 2050.

“The Western Green Energy Hub is a truly massive proposal that would see WA home to one of the world’s largest renewable energy projects,” state minister MacTiernan said. “Importantly, this project is a powerful collaboration between the Mirning traditional owners and industry, and would be a transformational opportunity for the community.” MacTiernan has previous said the state government aspires to have 200 GW of renewables for creating green hydrogen by 2040.