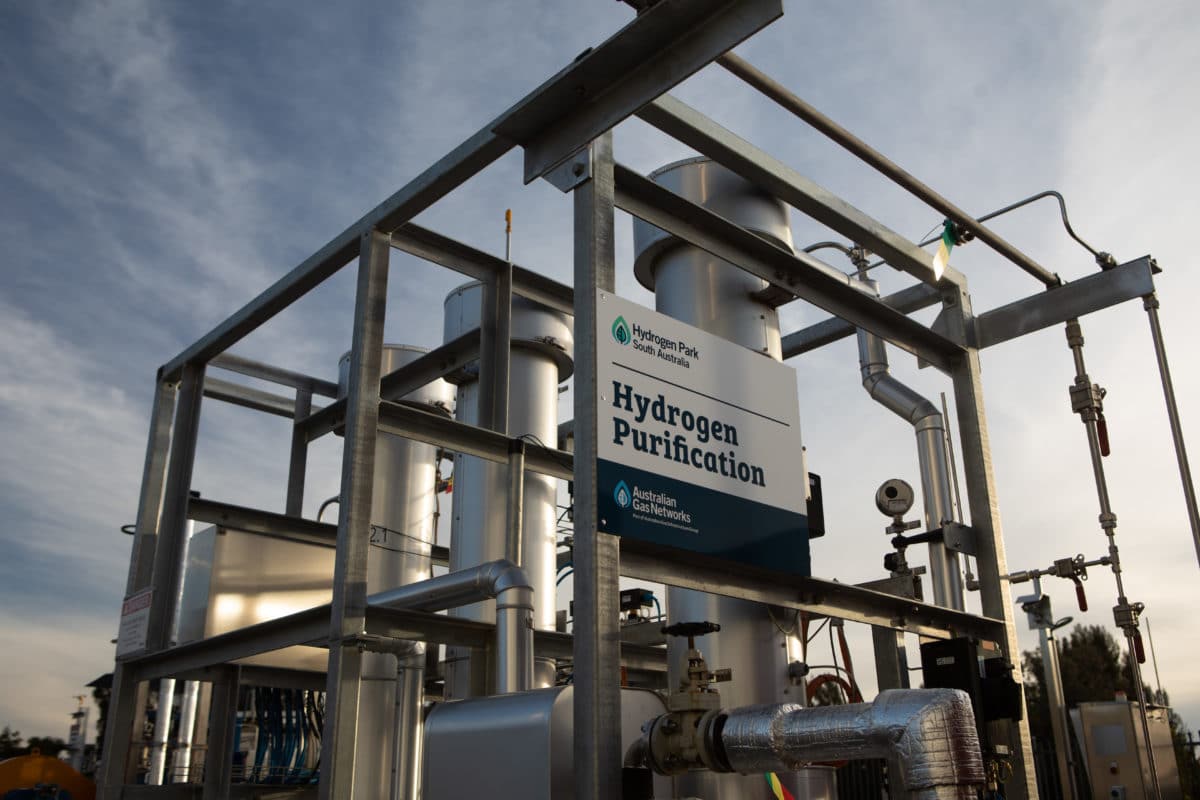 Australia needs a Green Hydrogen target – Thanks to PV Magazine

A renewable hydrogen target will spur massive investment, bringing the cost of the ‘God Molecule’ down the cost curve, and helping to secure Australia’s future in this century of decarbonisation.

There has been a lot of ‘hot air’ talk about gas in recent months. The Australian prime minister has shown his priorities by investing $600 million of taxpayer dollars in a new fossil gas plant in NSW, a power station the Energy Security Board head Kerry Schott says ‘doesn’t stack up’. The federal government has allocated next to nothing for tackling climate change but continues to throw money at opening up gas and coal fields.

Whilst the federal government is becoming increasingly isolated on energy and climate policy internationally, the states and Australian businesses are stepping up. Every state has a net-zero emissions target, and most have aggressive targets for decarbonising the electricity system. Some of Australia’s biggest businesses have set carbon reduction targets, including some fossil dependent companies. During Energy Week in May, Sydney’s biggest gas distributor called for a 2030 ‘green gas’ target to mirror the Commonwealth’s Renewable Energy Target. The call is being backed by the Australian Industry Group and the Business Council of Australia.

It has been 20 years since John Howard’s Renewable Energy Target kickstarted Australia’s longest-lasting and most effective climate policy — replacing coal and gas with renewables. Howard’s target was modest, mandating that electricity retailers procure an additional 2% of their energy from renewable sources by 2010.

From around 8% renewables in 2001, bolstered by Labor amendments, state schemes and voluntary programs, in the financial year just ended, renewable energy supplied 28.7% of the National Electricity Market and 30.4% in Western Australia’s SWIS. Turns out, Australians are very good at hitting bipartisan targets.

In February, the US re-entered the Paris Agreement, just three months after its formal withdrawal. President Biden’s aggressive climate plan and China’s net-zero target mark an inflection point in the global moves towards decarbonisation. Between the U.S., U.K., Europe, Japan, China and South Korea, our traditional allies and our trading partners are now moving in one direction. Australia must not allow itself to be marginalised, nor can we afford to miss this opportunity. Last September Prime Minister Scott Morrison mentioned gas 55 times in a single speech. But with the changed guard in Washington, Morrison’s so-called “gas-led recovery” looks more like a rhetorical relic from the dark days of 2020. These gas plans never made sense. All our cheap fossil gas has already been burnt or sent offshore, and our gas sector employs very few.

But there is another gas that could position us for great prosperity in a decarbonised global economy: “green” hydrogen made with Australian wind and solar energy.

The name hydrogen comes from the Greek words “hydro” (meaning water) and “genes” (meaning creator). It was named by French chemist Antoine Lavoisier because when it burns it creates water. Sometimes called the “God Molecule,” hydrogen can be used as a fuel and also as feedstock for industry. When produced with renewable energy, so-called green hydrogen enables the production of low-carbon, high-value goods such as “green” steel, fertiliser and ammonia. By committing to net-zero emissions, Japan, South Korea and China have signalled the beginning of the end for our carbon exports. Falling demand for our coal and fossil gas can be offset by growing demand for green hydrogen.

We already have all the technologies we need to be successful in this great transition. What’s needed now is a sustained cycle of deployment and repeated refinement, a partnership of policy, manufacturing, engineering and finance to drive green hydrogen down the cost curve. Most of the cost reductions we’ve seen in renewable energy over recent decades weren’t the result of technology research, but of repeated deployment backed by regulatory targets. If we are to become serious players in global hydrogen markets, we need to replicate this bipartisan success.

Before the RET, wind turbines and solar panels were expensive and renewable energy cost significantly more than electricity from coal and fossil gas. In a highly competitive and innovative market, costs fell sharply, such that renewable energy is now the cheapest form of new energy. And it’s been good for jobs; the renewables industry already employs more than our thermal coal sector. Most renewable energy jobs are in construction, but by 2025 there’ll be more ongoing jobs in renewables than jobs in coal power generation.

To date, Australia has largely focussed on the supply side of green hydrogen, taking a Field of Dreams approach: if you build it, they will come. But the truth is green hydrogen is not yet competitive, just like renewables two decades ago. It’s currently cheaper to produce hydrogen from fossil fuels. Demand for the green alternative won’t materialise until the cost tumbles.

We’ve been here before.

Now is the time to apply the RET template to hydrogen. Much like the RET, let’s start with a modest Green Hydrogen Target, requiring that, say, 5% of all gas used in Australia must be green hydrogen by 2030. The GET could be tailored to focus on supporting the use of renewable hydrogen in those ‘hard to abate’ sectors such as long haul transport (shipping for example) and industrial processes including green ammonia and green steel.

Most steel worldwide is produced in blast furnaces using metallurgical coal, much of which is sourced from Australia. Production of green steel involves a different type of furnace that uses hydrogen to strip off the oxygen molecules from the iron ore. The exhaust is water vapour rather than carbon dioxide. The world’s first green steel plant was opened in Sweden last year. One of the next could be built in Australia, using hydrogen from our own Green Hydrogen Target.

Ammonia is an important industrial chemical, but can also be used as a fuel or as a carrier for hydrogen. Japan’s Green Ammonia Consortium recently laid out a roadmap for using ammonia produced with green hydrogen to decarbonise a number of important sectors, including shipping. The EU is spearheading this juggernaut and could cumulatively invest over €569 billion (AU$889 billion) into green hydrogen with a corresponding 40 gigawatts of electrolyser capacity between 2025 and 2030. Germany itself recently released a €9 billion (AU$14 billion) National Hydrogen Strategy as part of its COVID-19 stimulus package. The industrial heavyweight is hyper-aware it doesn’t have the local resources to satisfy hydrogen demand, and is looking internationally for reliable suppliers of green hydrogen.

Once again Australia is the lucky country, with massive reserves of lithium and other so-called critical minerals for the low-carbon transition. Our boundless plains, windswept and sundrenched, are ready for the clean energy generators that will turn our vast renewable and mineral resources into zero-carbon, high-value commodities – including green hydrogen, green steel, green ammonia and low carbon aluminium.

As our trading partners pivot towards net-zero economies, Australia mustn’t waste another 20 years bickering over climate and energy policy. A Green Hydrogen Target could also be adopted at a state or multi-state level, just like the first renewable energy and greenhouse gas schemes.

A renewable hydrogen target will spur massive investment, bringing the cost of the God Molecule down the cost curve, and helping to secure Australia’s future in this century of decarbonisation.