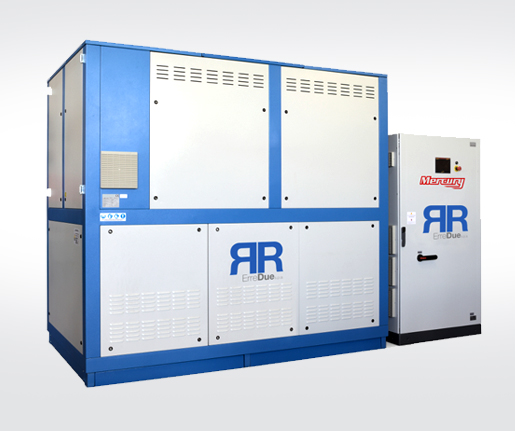 Generate your own Hydrogen fuel

Hydrogen has become the buzzword of 2021. Australia’s Federal Energy Minister, Angus Taylor, has said the Green Hydrogen industry will be a $10 billion per year market within the next 20-30 years. Australia is in a prime position to export clean, green hydrogen to maturing export markets like Japan, South Korea and Germany.

So what is it? Hydrogen (H2) is the most abundant element in the Universe. To generate H2 you need a generator (or electrolyser) to run an electric current through water (H2O). The Hydrogen (H2) splits off and gets stored in gas cylinders and the other by-product is Oxygen (O).  When you use renewable energy (solar/wind, etc) to power the generator, you get Green Hydrogen. Blue/Grey/Brown hydrogen are all produced by powering the generator with fossil fuels.

Is it safe? Any fuel can be hazardous under the wrong circumstances, which is why all fuels should be handled with care, hydrogen included. Leaking hydrogen rapidly disperses up and away from its source. If hydrogen is ignited, it burns quickly with a nonluminous flame.

Why do we need it? We currently import about 80% of our oil and diesel, but the world is decarbonising rapidly. Most world governments are committing to net-zero emissions by 2050, many far sooner than that. Most major vehicle companies will stop production of ICE (Internal Combustion Engine) vehicles by 2030 and the trucking and coach industries are no exception.

One of the best ways to start to decarbonise our economy is to transition heavy transport – buses, trucks, etc – by using green hydrogen on a “back to base” system where the vehicles always return to the main base to refuel.  Electric vehicles may be better suited in the city, but in regional Australia with longer routes to be covered, H2 trucks and buses step up.

So how do you power a truck with Hydrogen? Just think of all the LPG gas tanks that used to be in taxis and trucks. Instead of LPG, the storage tanks will be filled with clean, green hydrogen. You refill your truck at an HRS – Hydrogen Refuelling Station. Same set up as a regular Servo.  Hydrogen trucks can travel up to 800 kms, depending on how many storage tanks you have. At this stage retrofitting is extremely costly, so you will need a new H2 truck.

Can I make my own hydrogen? Sure can! Companies like Australian Hydrogen Generation (www.h2gen.com.au) can provide you with a complete hydrogen turnkey solution with your own generation, purification, compression, storage and refuelling unit. The distance covered and the payload of each vehicle will determine what sized H2 system is needed.

H2 Gen recommends a four vehicle H2 fleet as a minimum number for achieving optimal cost efficiency. Hyzon Motors is an excellent supplier of heavy hydrogen vehicles, although there are other H2 heavy vehicle companies around. Once you have your H2 vehicles, your green power sourced from the grid and an H2 generating system in place, you will be decarbonising your business, producing your own fuel and thereby eliminating reliance on imported fuels.

Sounds expensive. You’d be right. Steve Arnerich, the Business Development Manager at H2Gen says: “Mobile phones, solar panels and smart TV’s were all expensive when they first came out. Hydrogen will become competitive with diesel through economies of scale very quickly and prices will drop rapidly. In just over 10 years, renewable energy in Australia has become cheaper to power our energy grid than fossil fuels.”  The other good news is that major hydrogen generation investment is underway in Australia.  All state governments are investing in the Hydrogen industry with grants for hydrogen transition available.