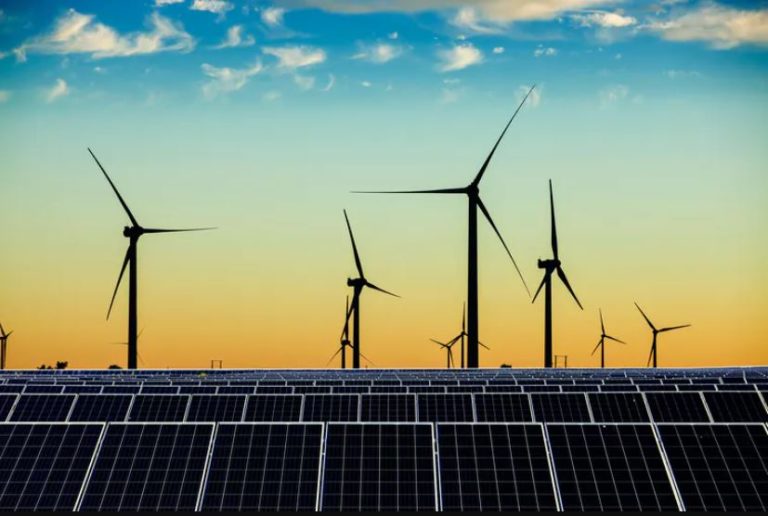 The good news: the nation will soon have a substantive target for emissions reduction, after the Greens agreed to back the Labor government’s reduction of 43% by 2030.

The slightly less good news: the Coalition isn’t playing ball on climate. And as far as the Greens are concerned, the climate wars aren’t over at all.

That’s because the Greens – who now hold the balance of power in the Senate – see Labor as the largest remaining obstacle to climate action that aligns with the goals of the Paris Agreement. That goal: keep global warming under 1.5℃.

As Bandt told the National Press Club on Wednesday, Labor’s refusal to stop new coal and gas projects was “untenable” and the Greens will “pull every lever at our disposal” to force a ban. Expect to see the Greens causing headaches for Labor by making good on this promise. Bandt’s rhetoric yesterday made that clear:

“We will continue to fight individual projects around the country … I call on all Australians to join this battle. This battle to save our country, our communities and indeed our whole civilisation from the climate and environment crisis.”

The climate wars are not over – they’ve just changed form

So why did the Greens agree to back Labor’s climate change bill when the party wanted more? The reasons lie in recent political history.

The Greens argued the scheme was full of holes. The Coalition also blocked the measure as part of its entrenched opposition to climate action. But rightly or wrongly, many see the Greens’ move as a strategic error that set climate action back by a decade.

For the record, the Greens – like the teal independents – are hardly being radical in pushing for stronger emissions targets. What the Greens want is a 75% emission reduction target by 2030, and no more new coal and gas projects.

The party believes it has a mandate, given 16 Greens were elected to parliament in May, up from 10 at the 2019 election. That’s not to mention the sudden appearance of the teals, who cut a swathe through the ranks of the climate-recalcitrant Coalition.

Whilst the Greens have publicly taken the fight to Labor over the emissions target, both Greens and teals have been negotiating with the government to ramp up the climate bill’s ambition.

Indeed it was independent Senator David Pocock who first suggested Labor’s target should be a “floor, not a ceiling and then ramping up ambition over time”.

Like the Greens, the teals have never seen this climate bill as job done. They, too, see it as just the beginning of the great decarbonising effort ahead. The Greens can ill-afford to cede them any credit for amending the bill.

That’s what lies behind the pragmatic declaration of support for the bill by Greens leader Adam Bandt in his National Press Club address on Wednesday.

This bill is only the start

The Dutton-led opposition will not support the bill and, rather unhelpfully, has indicated it will push to expand Australia’s nuclear industry instead. But the Greens backing of the bill means the Coalition’s position is irrelevant for now.

Bandt’s address made clear the Greens see themselves taking electoral ground from Labor at the next election by pursuing climate change and social welfare policy gains.

Indeed, Bandt poured scorn on the economic liberalism embraced by Labor since the days of Hawke and Keating, saying it damaged the environment and delivered massive social inequality.

As Bandt said on Wednesday, supporting the climate bill is only stage one. The Greens are bullish about what’s next, claiming a mandate from the planet and the laws of physics.

To give Labor credit where it’s due, stage one is still significant. This bill legitimates climate action and gives renewable investors confidence that the government actually wants change.

For their part, the teals believe the devil will be in the policy details. The Greens, too, will be keenly awaiting that.

So how will Labor respond? We can sense that already. Even before Bandt had finished speaking, Prime Minister Anthony Albanese was batting away any Greens tinkering with the government’s soon to be revamped safeguard mechanism.

The government has also poured cold water on the Greens’ proposed climate trigger, which would more rigorously assess major projects for climate and environment impacts.

The Greens are treading a fine line. They want to push climate ambition upwards. But they must avoid repeating recent history.

This time around, it would be unthinkable for the Greens to sit with the Coalition in opposing climate action. It would cost them dearly in upcoming state elections, and probably cost them seats at the next election.

But the Greens still want to end Australia’s fossil fuel expansionism, and are prepared to take on the might of the fossil fuel industry. We’ve had the climate bill skirmish. But the battle is only just beginning.