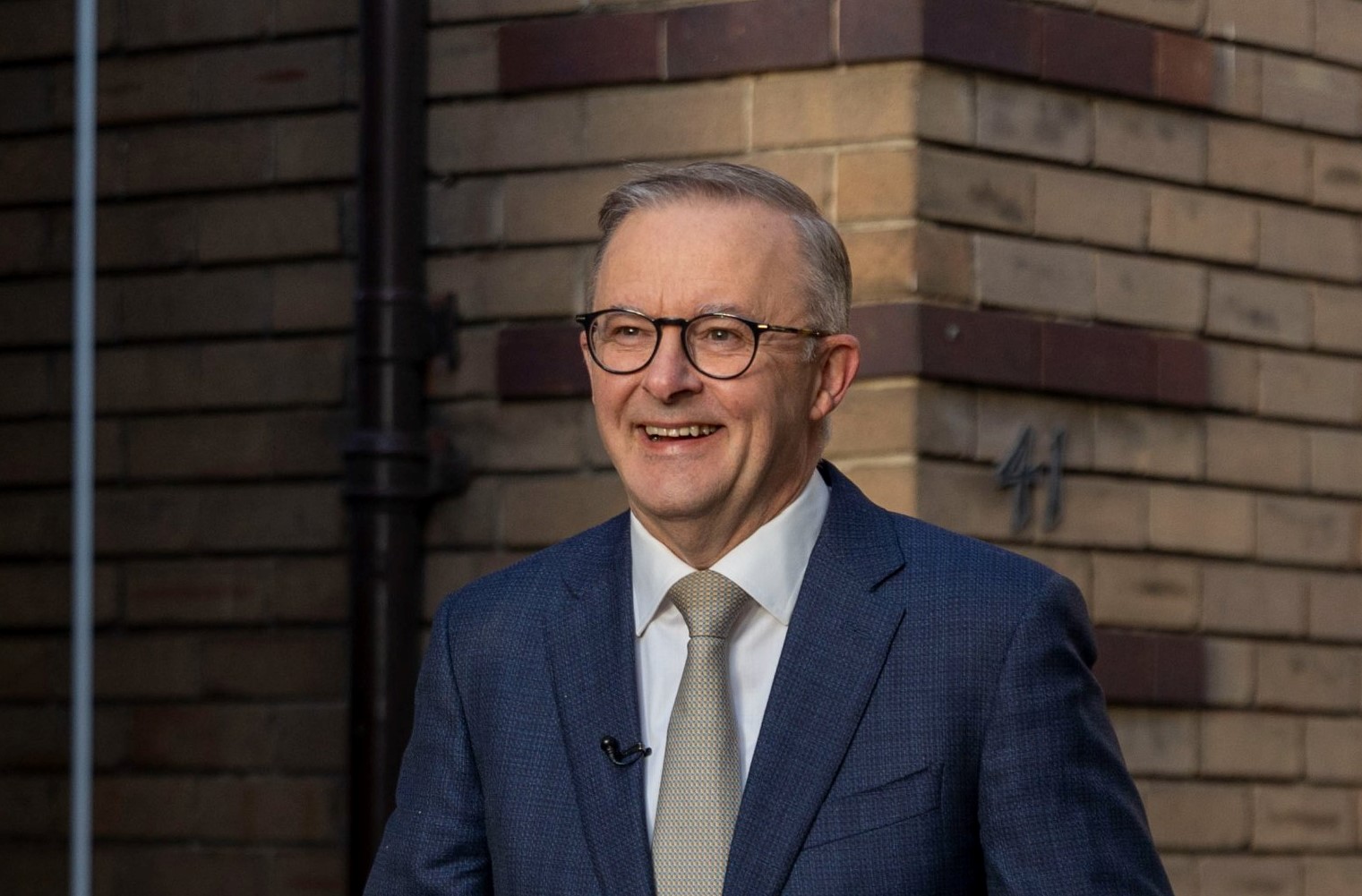 Incoming Australian prime minister Anthony Albanese has promised to make the nation a “renewable energy superpower” in the wake of Labor’s federal election victory at the weekend.

Labor leader Anthony Albanese, who will be sworn in today as Australia’s 31st prime minister, has pledged to “end the climate wars” in the country and boost the share of renewables in the National Electricity Market (NEM) as part of the party’s pledge to combat global warming.

With nearly 71% of the vote counted on Sunday night, the Australian Electoral Commission had Labor ahead in 75 seats, just one short of the 76 needed to secure a majority in the 151-member lower house of parliament. The counting of postal and pre-poll votes over the coming days will determine the final numbers but Labor appears likely to form a slim majority government, providing an opportunity for the party to turn its climate policy platform into reality.

Albanese, who is due to fly to Tokyo today for a summit with the leaders of Japan, India and the United States, used his victory speech in Sydney on Saturday night to reinforce Labor’s commitment to a renewable energy future, saying he would lead a government “worthy of the people of Australia”.

“We are the greatest country on earth. But we can have an even better future if we seize the opportunities that are right there in front of us. The opportunity to shape change, rather than be shaped by it,” he said.

Labor’s Powering Australia Plan would see renewable capacity grow to 26GW, or 82% of all NEM generation by 2030. The plan also assumes that electric vehicles (EVs) will make up 89% of new car sales in Australia by the end of the decade.

Labor’s approach centres on a $20 billion government intervention to fast-track upgrades to the national electricity grid to accommodate the influx of renewable energy. The policy is designed to bring forward the construction of high-voltage infrastructure by lowering financial and planning barriers to unlock the commercial development of large-scale renewable energy resources.

The party’s Powering Australia Plan also includes $200 million to install 400 community batteries, $100 million for the development of shared ‘solar banks’, and a commitment to reduce the emissions of the Australian Public Service to net-zero by 2030.

It also intends to tighten the country’s emissions “safeguard mechanism”, to gradually tighten limits on pollution by the biggest industrial emitters. That mechanism sets a baseline of allowable emissions for the 215 big mining, energy and materials companies that emit more than 100,000 tonnes a year of carbon dioxide equivalent.

While Labor’s promise to cut carbon emissions by 43% by the end of the decade has been backed by business groups, independent candidate Monique Ryan, who appears likely to win the Victorian seat of Kooyong from Liberal Josh Frydenberg, is calling for stronger climate action. The Greens, who are on track to win three seats in Brisbane, and independent candidates who picked up key seats in Melbourne, Sydney and Perth, say the emissions reduction target should be in the realm of 60 to 75%.

Ryan is among a group of independents who picked up key seats in Melbourne, Sydney and Perth the weekend. They, along with the Greens, who are on track to win three seats in Brisbane, are likely to lobby Albanese for more ambitious goals if Labor fails to secure a majority.

Ryan said Labor would need to commit to a larger reduction, such as proposed by independent Zali Steggall’s climate change bill, in order to win her support on confidence and supply in a hung parliament.

“That’s what I would be working towards, an absolute minimum of a 60% reduction in carbon emissions by 2030, and hoping for more than that,” she said.

“I think we need to put in place a legislative framework to ensure that no future government can wriggle out of that action on climate change.

“We have to have immediate action on climate change, we can’t wait for the Labor Party’s current target that they’ve taken to the election, it’s manifestly inadequate.”

Despite Ryan’s criticism of Labor’s climate target, the party’s federal election victory has been welcomed by many, including mining billionaire Andrew Forrest.

Forrest, who made his billions in the iron ore industry but is now betting big on renewable energy, said the election result shows “the majority of Australians are unhappy with Australia’s approach to climate change”.

“For a long time, Australia has been a climate laggard. Frankly, it has been embarrassing,” the executive chairman of Fortescue Metals said in a statement. “We now hope to see a more forward-leaning climate change policy from Australia.”

That viewpoint was shared by Atlassian co-founder and climate activist Mike Cannon-Brookes, who is attempting to block the demerger of AGL Energy. “After bushfires & bullshit, floods & fables… comes hope,” he tweeted on Sunday.

A big thank you to David Carroll from PV Magazine