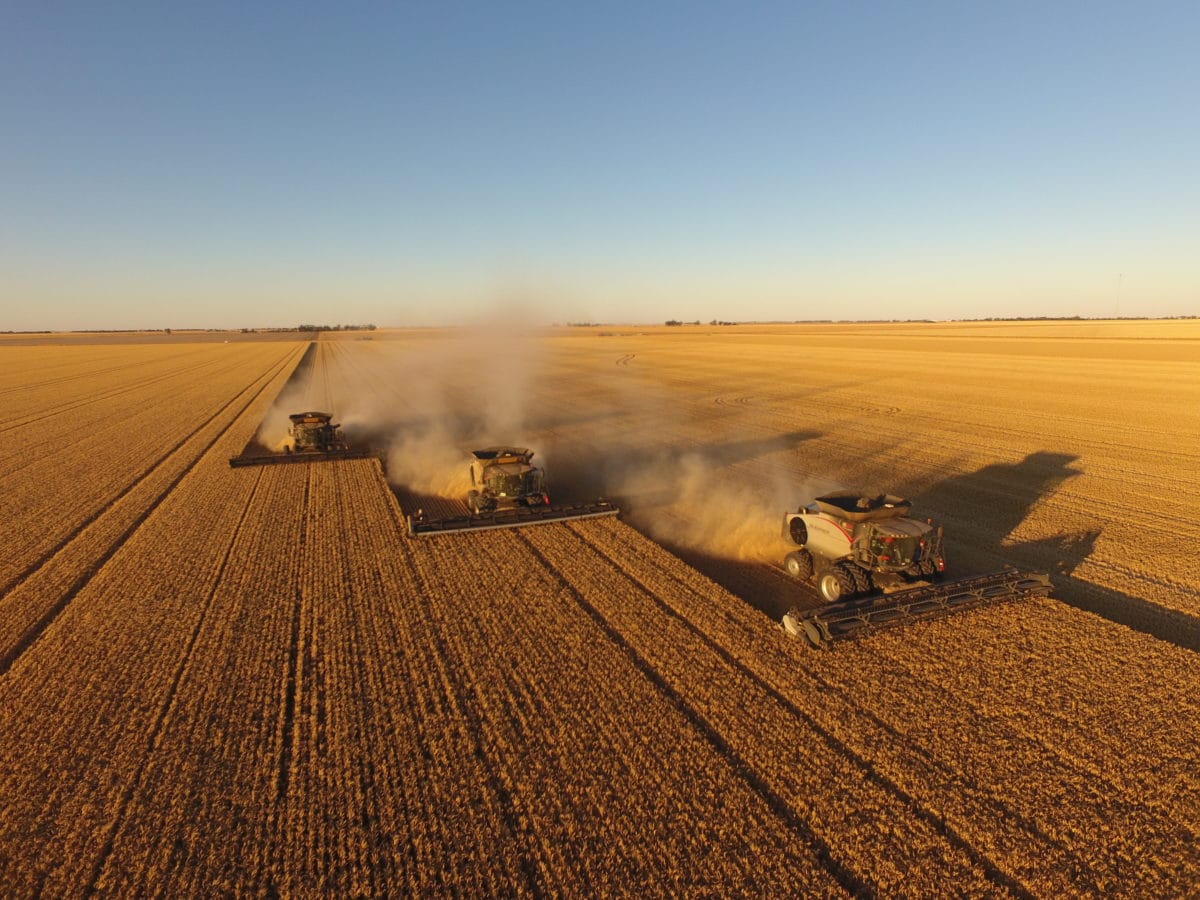 Energy Independent Farming is conducting a “study in the field” — to power broadacre operations using hydrogen.

The aims of Energy Independent Farming (EIF), a partnership with broadacre agriculture at its heart, are to take big agricultural enterprises offgrid, powered by renewable energy, and also generating enough green hydrogen through electrolysis to replace all their diesel energy consumption. Last month EIF secured $250,000 in Victorian Government funding, under the state’s Agriculture Energy Investment Plan, to further develop a replicable model that will transform the farm gate and everything that happens behind it.

“According to our models, any farm of around 8,000 acres and beyond is a candidate for energy independence,” says Thomas Blair of the Blairfarms dynasty, which grows all kinds of grain in the Wimmera-Mallee region around Horsham, but specialises in lentils and chickpeas in operations that use a total of around $200,000 worth of diesel fuel each year.

That diesel powers not only the farm machinery, but also Blairfarms’ grain-cleaning facility, which runs on diesel-generated power 14 to 18 hours a day.

“Because we’re remote in terms of the grid, we can’t hook up to three-phase power,” Blair explains to pv magazine Australia. He adds, “We’ve been pricing it up for years”, but now he says the price point for going offgrid is comparable — with numerous greater benefits.

Blair was formerly in the armed forces, and after his last tour of Afghanistan he spent a few years with his mother’s family in Denmark “I needed a bit of time to clear my head,” he says.

It was in Europe that renewable energy infused his consciousness. “You could go into any household in Denmark, and it wouldn’t be long until the conversation turned to renewables.”

When he returned to the farm at Kalkee in Victoria last year, just before the Covid pandemic hit, Blair says he was familiarising himself with the farm accounts and realised just how much the business was spending on diesel, and the extent of emissions generated.

“That’s how we formulated our first grant application,” he says — for an energy audit — which set Blair on a crusade to reduce the farm’s emissions, “starting with our electricity demands”.

He began with the idea of rooftop solar on farm buildings, to power their needs and perhaps convert the farm’s three forklifts to run on electricity, maybe run some EVs to facilitate employee transport to and from Horsham. The plan kept expanding…

“When I compared fuel-cell EVs versus your standard lithium-battery EVs, I thought, ‘Hydrogen has a lot of potential.’”

His research led him to international energy consultant Bradley Warren, who is also director of Eco U Construction, a building services business based on the Queensland Sunshine Coast that has integrated solar-battery solutions into large real estate and other developments in Australia and overseas.

Energy Independent Farming is the formalisation of their new business partnership, intended to help farmers contribute to Australia’s decarbonisation, save money on energy and thereby secure their livelihoods as climate conditions for agriculture become less predictable.

This agricultural-renewables journey will begin onsite at Blairfarms, with the installation of three 30 kilowatt solar arrays, and will first investigate the viability of sodium-ion flow batteries to ensure constant power availability, alongside “a new type of inverter that can step it up to three-phase power”, Warren tells pv magazine Australia.

Hydrogen production is a second planned step — using scaled up PV and perhaps supplementary wind generation (Blairfarms is next door to the Murra Warra Wind Farm, and has good wind resource of its own).

There’s also potential, depending on emerging technologies, to skip batteries, and “go straight into hydrogen fuel cells as our storage mechanism, as well as the prime way to move our vehicles and farm machinery”, says Blair.

The advantage of sticking to one technology in country areas is that farmers would only need to call out one kind of field-service technician to deal with maintenance of their energy-generation equipment.

Sidebar: Within two or three years, Energy Independent Farming wants to have a working model of renewable energy-to hydrogen-to fuel-cell-powered farm equipment, where a new workforce of hydrogen technicians studying at local agricultural colleges can come to learn the ropes as part of their training.

Contaminated farm water to be recycled for use in electrolysis

Another positive to on-farm hydrogen generation, says Blair, is the opportunity to make use of contaminated water that results from washing down the massive booms that spray pesticides and herbicides on the farm.

“On broad acreage, chemicals are a necessity,” says Blair, and the cleaning cycle in between using herbicides and pesticides uses thousands of litres of water for rinsing and sterilisation. On farms across Australia, that water is stored in what’s known as a condemned dam: “It kills a lot of the trees and grass around it and looks horrible,” says Blair. EIF intends to trial filtering this water for use in electrolysis.

Sidebar: Using hydrogen fuel cells to power header harvesters, will lower the risk of starting fires during cropping season … “The combustion engine of the header gets very hot, and harvesting generates a powdery dust that easily ignites,” explains Warren. On days of high fire hazard, farmers are frequently restricted from harvesting because of the fire risk, which reduces productivity. A fuel-cell-powered header would pose no such risk, and cropping could continue on schedule.

On a visit to Blairfarms last week, Federal Member for Mallee, Dr Anne Webster, remarked that she was impressed at the ecosystem approach being developed by Blair and Warren. She posted on Facebook, “Tom explained their Energy Independent Farm plans for Zero Emissions Farming and future stages for replicating Energy Independent Farming nationally. Very exciting stuff.”

“Watching my father, I came to think that it’s possible to achieve these things,” he says. “Now, on the home block in Kalkee, it’s my turn to come up with a new way to empower farmers.”