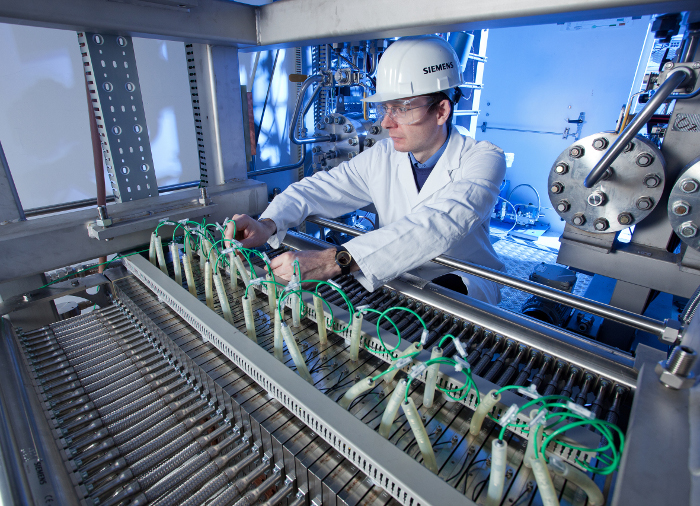 Australia has the sun, the wind and the space to become one of the world’s green hydrogen export superpowers

Australia has the sun, the wind and the space to become one of the world’s green hydrogen export superpowers in coming decades. However, the Sunburnt Country does have a dearth of one ingredient in the green hydrogen equation – freshwater. Thankfully, researchers from Monash University and a group of national water utilities are joining forces to find a way to use wastewater for the process of electrolysis.

Researchers from Monash University, in league with national water utilities, are setting out to uncover ways in which wastewater can be used to produce green hydrogen even more sustainably.

Although the federal government isn’t quite helping, Australia is set to be a green hydrogen superpower in the coming decades. With the Sunburnt Country’s natural resources of wind, solar and open space, it is the ideal exporter of green hydrogen and ammonia to energy hungry net-zero committed nations such as South Korea and Japan. However, as many Australians are well aware, water is not always a resource Australia has an abundance of, so utilizing wastewater could be a great boon.

According to the Sustainable Hydrogen Production from Used Water (SHPUS) project, at least 5.5 billion liters of water will be needed annually if Australia is to meet its 2030 hydrogen production target as set out by the National Hydrogen Strategy. That’s the annual water consumption of 1.6 million people.

The SHPUS project, which recently received an ARC Linkage grant, is looking to make sure Australia’s future hydrogen export market doesn’t exacerbate the nation’s water scarcity problems. To this end, the project is developing an innovative way to repurpose wastewater for use in the water electrolysis process.

“The amount of wastewater currently available for use is far more than the amount of water required in water electrolysis for hydrogen production,” said Zhang. “Most of the treated water throughout Australia is currently discharged to surrounding water bodies or recycled for irrigation after being treated in centralized municipal wastewater treatment plants. Given the volume of the treated water from these plants is highly consistent, it is a promising water source for water electrolysis.”

WaterRA’s Dr. Arash Zamyadi said that while current water treatment processes effectively remove the majority of pollutants, there are still some small “residual organics and ions” remaining, and we need to know how to remove them too.

“There still remains a knowledge gap in how the impurities affect water electrolyzer design and process operation,” said Zamyadi. “Through this research, we hope to develop an in-depth understanding of the impacts of water impurities in used water on the performance and durability of water electrolyzers, and subsequently develop guidelines for the design of highly durable water electrolyzers and the operation and upgrade of existing wastewater treatment plants.”

With Australia’s hydrogen exports expected to bring in $10 billion to the Australian economy each year through the annual sale of more than 3 million tonnes of green hydrogen and/or ammonia by 2040, the sustainability of this supply chain is of immense importance.