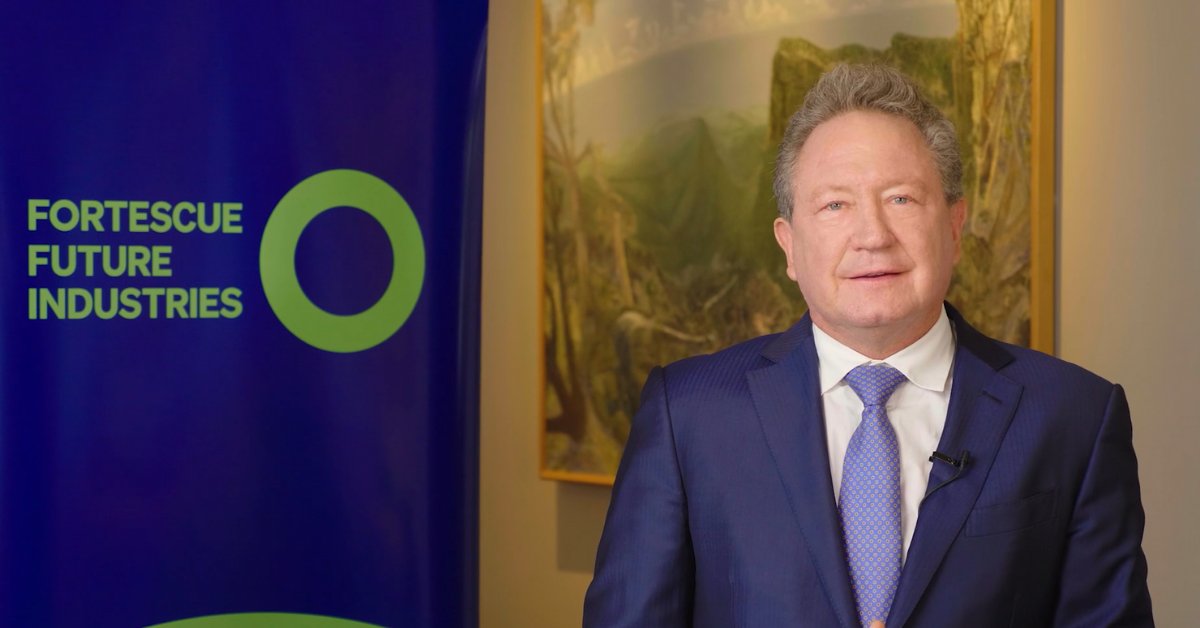 In a campaign style speech, Andrew ‘Twiggy’ Forrest, founder of Fortescue Metals and one of Australia’s richest men, outlined his ambition of producing mammoth quantities of green hydrogen, a task he sees as imperative to stop the “planet cooking” while also cornering a market he believes will soon be worth trillions.

Producing green hydrogen at such a scale, AEMO’s Chief System Design and Engineering Officer Alex Wonhas later noted, would require a renewable energy input between two to three times the total electricity consumed by the entirety of Australia today.

Behind this ambition is Forrest’s Fortescue Future Industries, which has been on a global quest for green hydrogen projects for the better part of two years. The market Forrest is trying to corner is, he believes, going to be immense.

Green hydrogen industries could be worth as much as US$12 trillion (AU$16 trillion) by 2050, he said, noting Australia’s iron ore business is barely one 100th of this scale.

Touting green hydrogen it as the “answer” to the climate crisis, Forrest framed his company as leading the pivot from polluter to clean energy pioneer. “This is a clear cut economic choice, beyond the science,” he said.

Calling for Australia to follow the rest of the world in committing to net zero by 2050, Forrest said Australia must begin changing today and needs to have “turned a corner” by 2030. He described the climate conference happening in November in Glasgow as a “critical opportunity for Australia.”

Unfortunately, doubts are already being cast on Australia’s contribution there. It was expected the federal government would release its long-term climate plan ahead of the meeting, which is now less than 80 days away, but earlier this week the Australian Industry Group, the country’s largest employer group, revealed it had yet to be consulted on any plans.

Forrest was also critical of the federal government in his speech, taking sharp aim at the government’s spruiking of ‘clean hydrogen’, a term it’s using to disguise the fact its hydrogen projects are fossil fuel based. Forrest compared the “clean hydrogen” claim to the oxymoron “healthy smoking.”

His words mirrored those of former prime minister Malcom Turnbull and New South Wales’ environment minister Matt Kean, who have both come out in strong opposition to non-renewable hydrogen.

“And don’t get me started on the smokescreen of sequestration,” he added.

Forrest also said he expects fossil fuel industries to put up a fierce fight, forecasting the slashing of oil and gas prices almost down to zero in a bid to hold onto the market. Nonetheless, Forrest said he was undeterred.

“Our greatest natural resource isn’t iron ore, it isn’t gold, it isn’t gas, it’s certainly not oil or coal, it is green hydrogen,” he said.