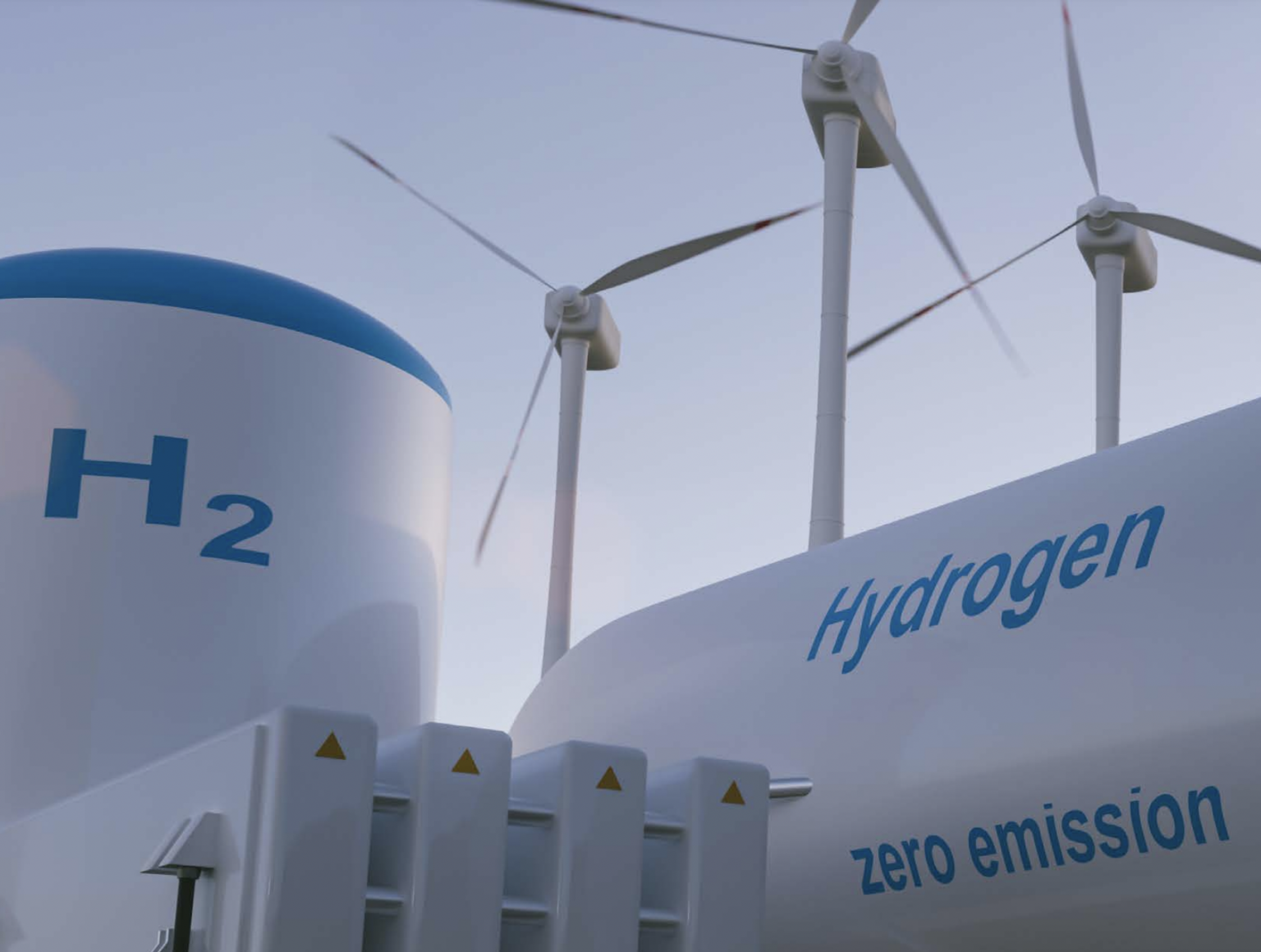 The New South Wales government at long last released its hydrogen strategy today. The wait, according to hydrogen expert Andrew Horvath, has been worthwhile. He described the strategy as clever in its approach to drawing longterm hydrogen investment into the state. “It’s a little bit different the way [NSW] looked at it,” he told pv magazine Australia, refuting the strategy’s branding as less ambitious than other states. October 13, 2021

The New South Wales government today published its plan to make the state a hydrogen superpower. With a clear focus on green hydrogen, strategy aims to create an ideal environment for business rather than resting on subsidising the production of hydrogen itself.

The government forecasts the plan will increase the size of the NSW economy by more than $600 million by 2030, creating up to 10,000 jobs along the way.

“It’s a pretty good strategy, you have to admit,” Andrew Horvath, the global chairman of hydrogen technology company Star Scientific, told pv magazine Australia. NSW is one of the final states to publish its hydrogen strategy, but Horvath is unequivocal the wait has paid off. “They’ve taken their time to look at this carefully,” he said, describing the government as having examined the hydrogen situation “in its entirety.”

“It’s a very sensible plan to bring the dollars into New South Wales and that’s the key here.”

Matt Kean, the state’s Minister for Energy and Environment and newly appointed treasurer, said the strategy will provide up to $3 billion in support for the hydrogen industry by waiving government charges for green hydrogen production. The state is banking on this support, coupled with “hydrogen-ready” regulation, to create a favourable ecosystem which will entice businesses to establish themselves in the state.

The government’s strategy describes it as “a virtuous cycle of investment, technology development and cost reductions” which will ultimately “enable market forces to drive deep decarbonisation and transformation of industries across the NSW economy.”

This approach, Horvath says, follows a global trend and is akin to the business-centric strategy Germany seems to be employing.

“Once you start committing these big companies and groups like ours into spending hundreds of millions of dollars in a place, well once you’re committed, you’re committed – you need to make it successful now or else you don’t have a job,” Horvath said.

“What [the NSW government] is doing is allowing the structure for the investment to make sense, and that’s the thing. They’re solving all the issues that are normally barriers to investment.”

“[The strategy] certainly gives us the confidence we can move ahead in NSW,” Horvath added, confirming his company, Star Scientific, will “no doubt” build its manufacturing base on the state’s central coast where it’s headquartered.

Indeed, the NSW government hoping to attract more than $80 billion of investment into the state through the plan – which is a massive return on the $3 billion it is offering in concessions and the hundreds of millions going towards project funding (the state has allocated just $70 million so far to developing its hydrogen hubs).

The NSW strategy focuses on integrating green hydrogen into industry, developing hydrogen hubs at major ports – the first of which will be Newcastle and Port Kembla – as well as building a hydrogen refuelling network for heavy vehicles along major highways.

How the state will go about doing this has been divided into three main areas, the first of which involves enabling industry development; with the second entitled ‘laying industry foundations’; while the third and final facet focusses on driving rapid scale.

The first ‘pillar,’ as the state is calling it, will see the creation of a hydrogen infrastructure “masterplan.” It will assess the state’s assets, like its port infrastructure, as well as developing “hydrogen-ready” regulatory frameworks.

The next move is to lay the industry foundations, the state says, which will involve developing its hydrogen hubs, rolling out hydrogen refuelling stations for heavy transport, while also integrating hydrogen into existing gas plants (a section of the strategy which will no doubt draw criticism).

Finally, the state plans to scale hydrogen production and consumption rapidly by providing a 90% exemption to network charges for electrolysers (the equipment used to make green hydrogen) that connects to parts of the electricity network with spare capacity. It also plans to set a hydrogen target, which will reach 67,000 tonnes or 8 million gigajoules by 2030.

As part of the strategy, the NSW government aims to be producing 110,000 tonnes of green hydrogen yearly for under $2.80 per kilogram by 2030. This figure of $2.80, Horvath says, it far too conservative. He believes green hydrogen will be considerably cheaper than that by 2030.

“There is some amazing technology coming that is going to dramatically alter how hydrogen is made,” he said. These technological advances, coupled with the cost savings of developing economies of scale, have been underestimated by the NSW government, according to Horvath – though he notes the government “only know what it knows”. That is, it’s easier to model costs based on favourable policies compared to the unknowns of technological leaps.

With many governments seeing hydrogen as a clear revenue replacement for coal communities, it isn’t surprising much of the focus and indeed investment is expected to flow to regional communities. “Places like Parkes, the Illawarra, and the Upper Hunter are uniquely placed to take advantage of these opportunities, with existing supply lines, access to transport links and a skilled workforce ready to make regional NSW a leader in hydrogen technology,” Deputy Premier and Minister for Regional Paul Toole said.

Horvath also highlighted the importance of the state’s workforces. His company is headquartered not far from what will become the Hunter region’s hydrogen hub. “What the regions did before in gas and coal took a lot of organisation. There’s a lot of very clever people within that region. That talent pool moving to hydrogen – it’s another commodity – and they’ll be able to grasp that very, very clearly.”

“In my honest view, there’s more jobs in this [hydrogen] than there were ever coal jobs,” Horvath said. These jobs won’t just be in the direct production of hydrogen, but also in industries attracted to region’s hydrogen output. “That is going to be a big game changer.”

“It’s very important our taxpayer dollars are spent smartly and that what [the NSW government] has done,” Horvath said. He applauded minister Kean on his delivery of the strategy, saying the minister’s office had been “engaging constantly” with his company, taking a hands on and attentive approach to its hydrogen planning.

Horvath doesn’t believe the state’s strategy is less ambitious than that of Queensland or Western Australia, which are both vying to be Australia’s number one hydrogen states.

Interestingly, Forrest himself featured heavily in the NSW Liberal Party’s press release on the strategy. The billionaire resoundingly endorsed the plan, perhaps indicating he has something major in the pipeline for NSW as well.

Why everyone is so hyped on hydrogen

Why Australia, and indeed the rest of the world, is putting such a heavy focus on hydrogen is because the fuel has the potential to decarbonise sectors which will be difficult to fully electrify, including industry and transport. Moreover, it’s still burgeoning, meaning there’s a massive market opportunity for first movers.

While NSW does refer to the production of “blue hydrogen” – which is produced using fossil fuels but proposes to use shaky carbon capture and storage (CCS) technology to reduce its emissions – the strategy’s focus very much remains on green hydrogen, or renewable hydrogen – which is produced by splitting water molecules with an electrolyser.

With thanks to Bella Peacock at PV Magazine